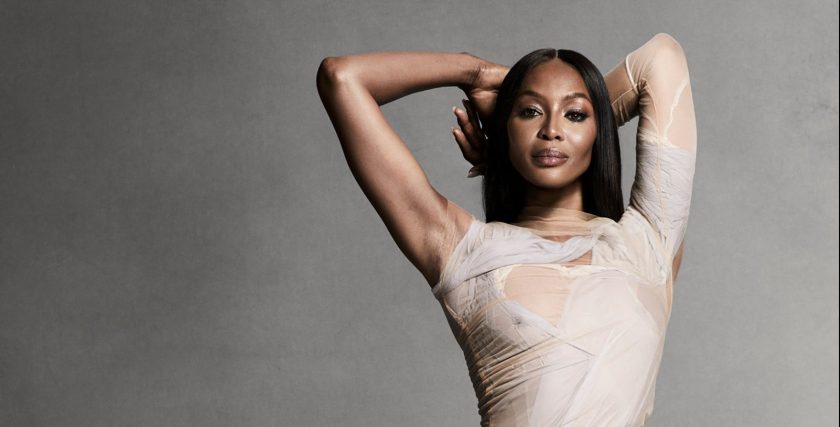 October 20, 2020 Beyond the Tea Fashion Comments Off on Naomi Campbell is and has always been about Black people

Last week, Naomi Campbell expressed her frustrations with Facebook for deleting her posts about the corruption and brutality in Nigeria.

Campbell’s original Facebook post asked Buhari to “please stop the violence that is killing the bright and promising future of Nigeria.” The post was just a representation of who Naomi is: always about Black people.

During an interview with Vogue, the model who graced the publication’s November cover, discussed her years-long fight against systemic racism.

“I never used to say the word racism; I just used to say, it’s territorialism,” said the model. “I never wanted people to say that I used that as an excuse, that I was throwing that word out.”

The model has had experiences with racism in Britain where issues are “suppressed” and the media hasn’t “learned how to be not-racist, period!” but in America, calls of racial justice have increased following the deaths of George Floyd and Breonna Taylor.

“Now I’m happy that everyone’s all on the same page, that everyone feels comfortable to come out about their experiences without feeling some stigma,” she said. “Nothing has changed…Only that I know that I will have the support of my culture now when I speak.”

Campbell claimed her fight has always been existent, but is now less self-centered than it was before.

“There were a few things that I would do when I was younger that I was told were bad for my race,” Campbell says. “Now the things I do are not just for me anymore. I think more of my culture and my race, as opposed to thinking about just me.”

In her down time, she’s educating herself on the parts of Black history that may have been erased by American school systems, like the story about African American designer Ann Lowe who designed Jackie Kennedy’s wedding dress and Onesimus’ contribution of vaccination technology in America.

Her overall hope, however, is for all for Black people to get reparations for the horrific experiences they’ve endured over the years.

“I think as a generation, as a whole, can we get reparations for our culture, for what we’ve been through?” she said. “I absolutely believe we are going to get the positive outcome we deserve. But we have to do our work in making sure we get it. I think reparations are important for the people to really see that this is something that’s been taken seriously.”